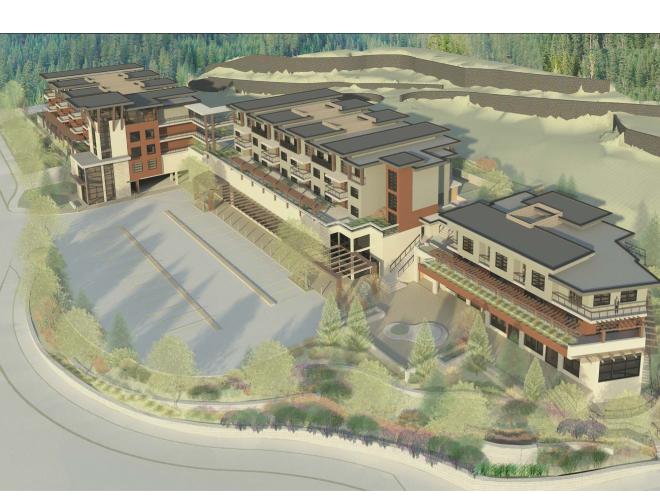 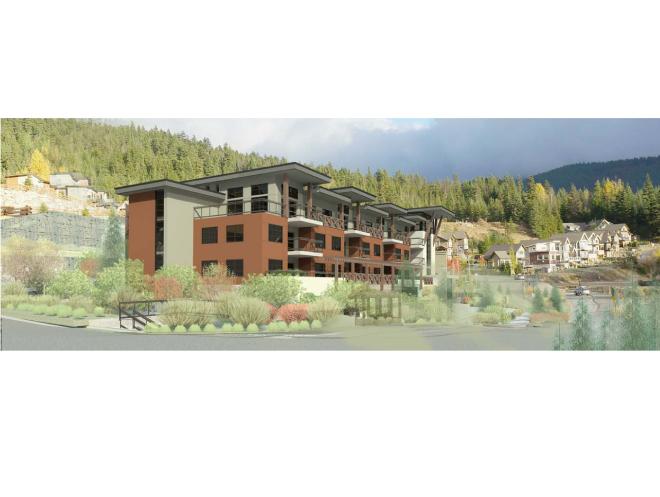 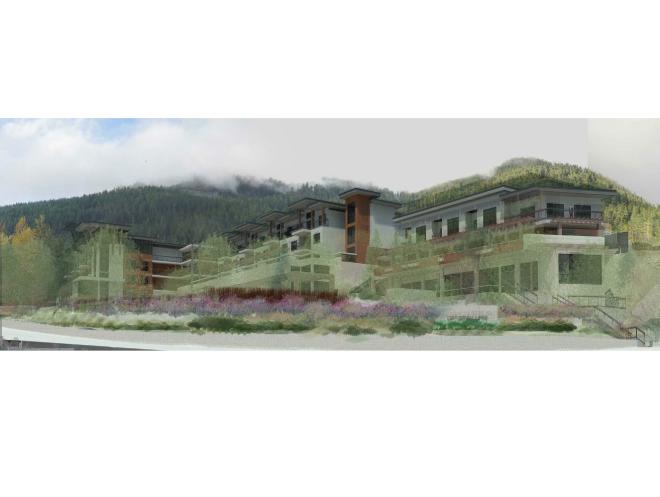 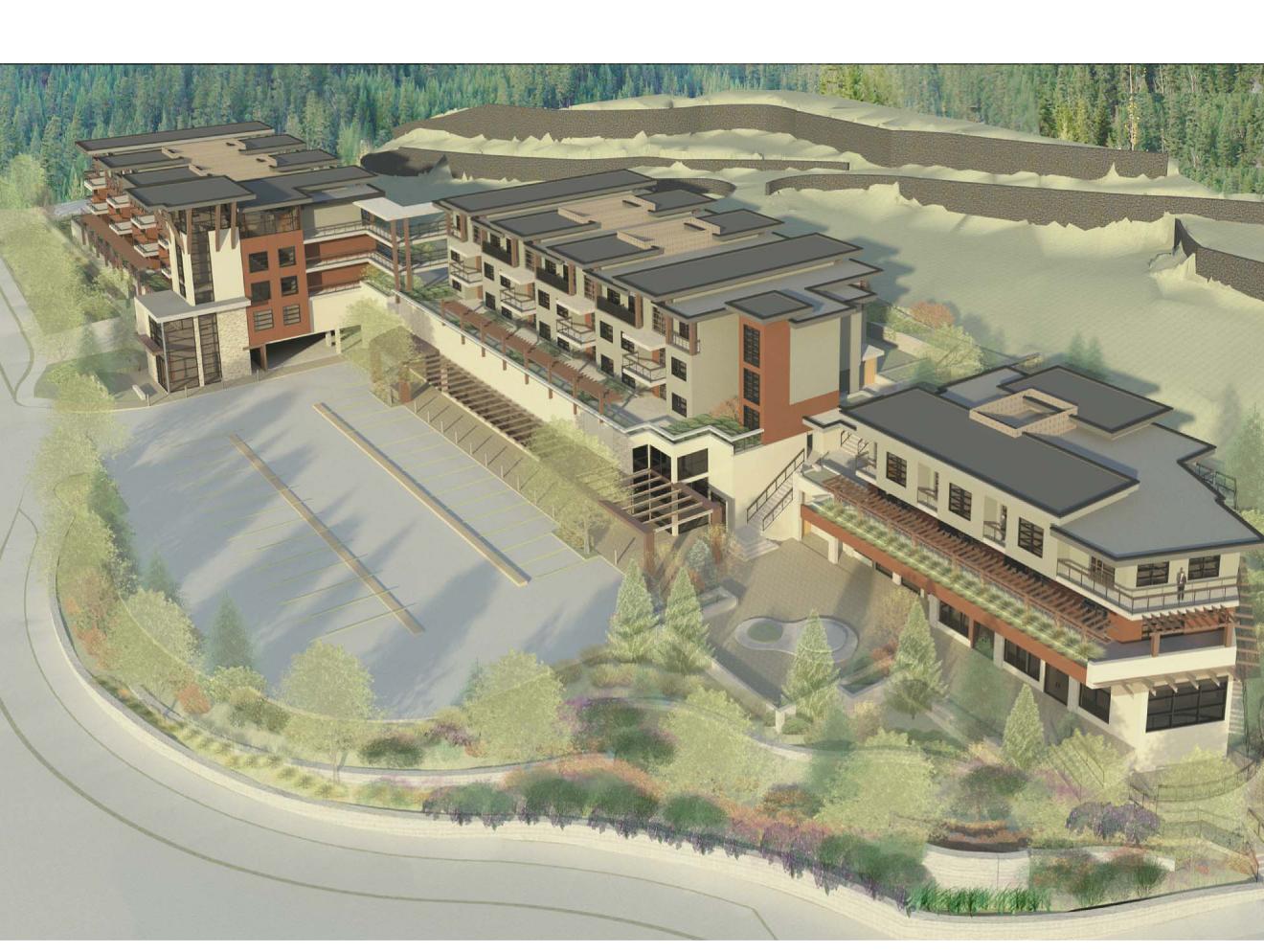 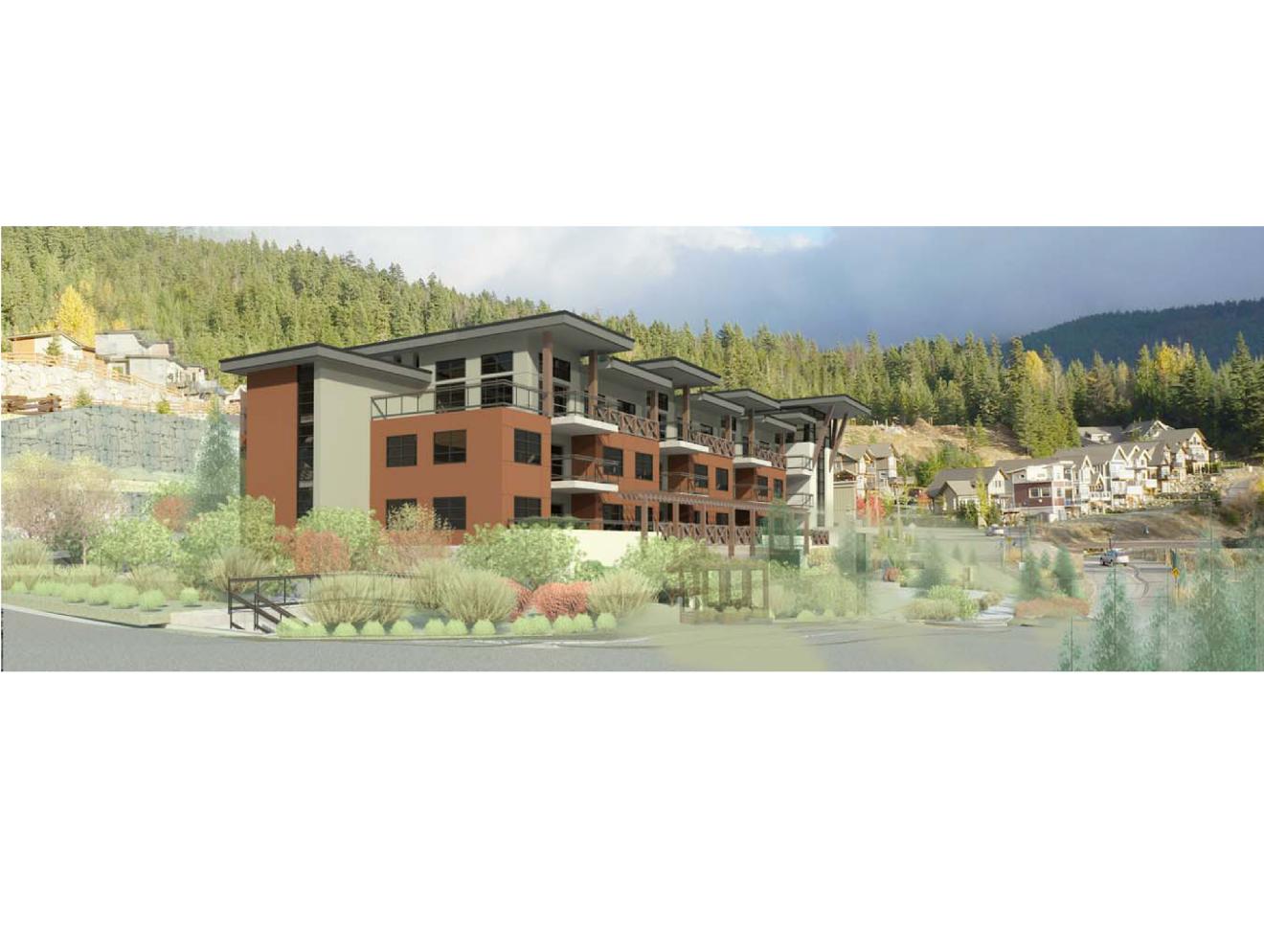 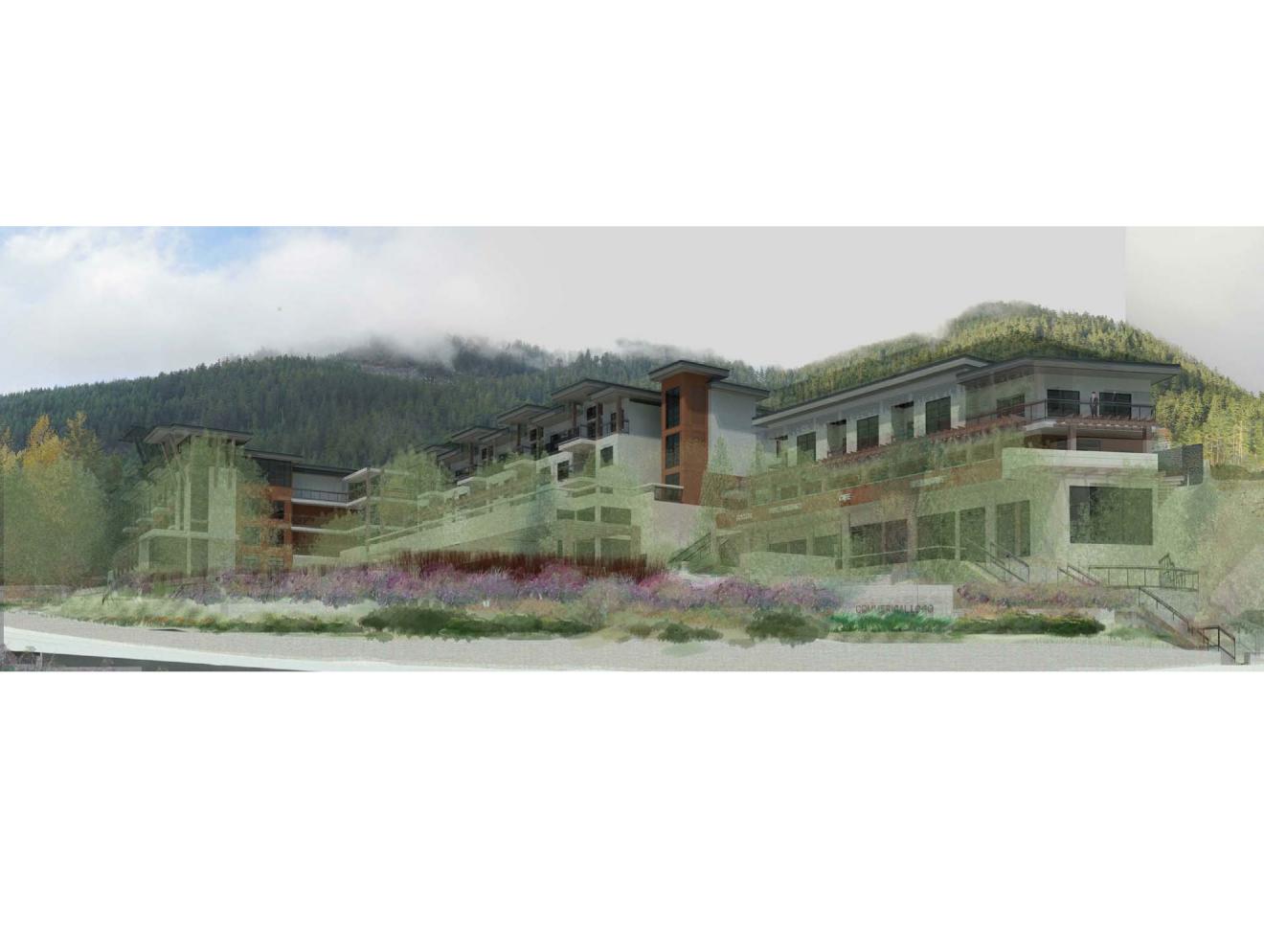 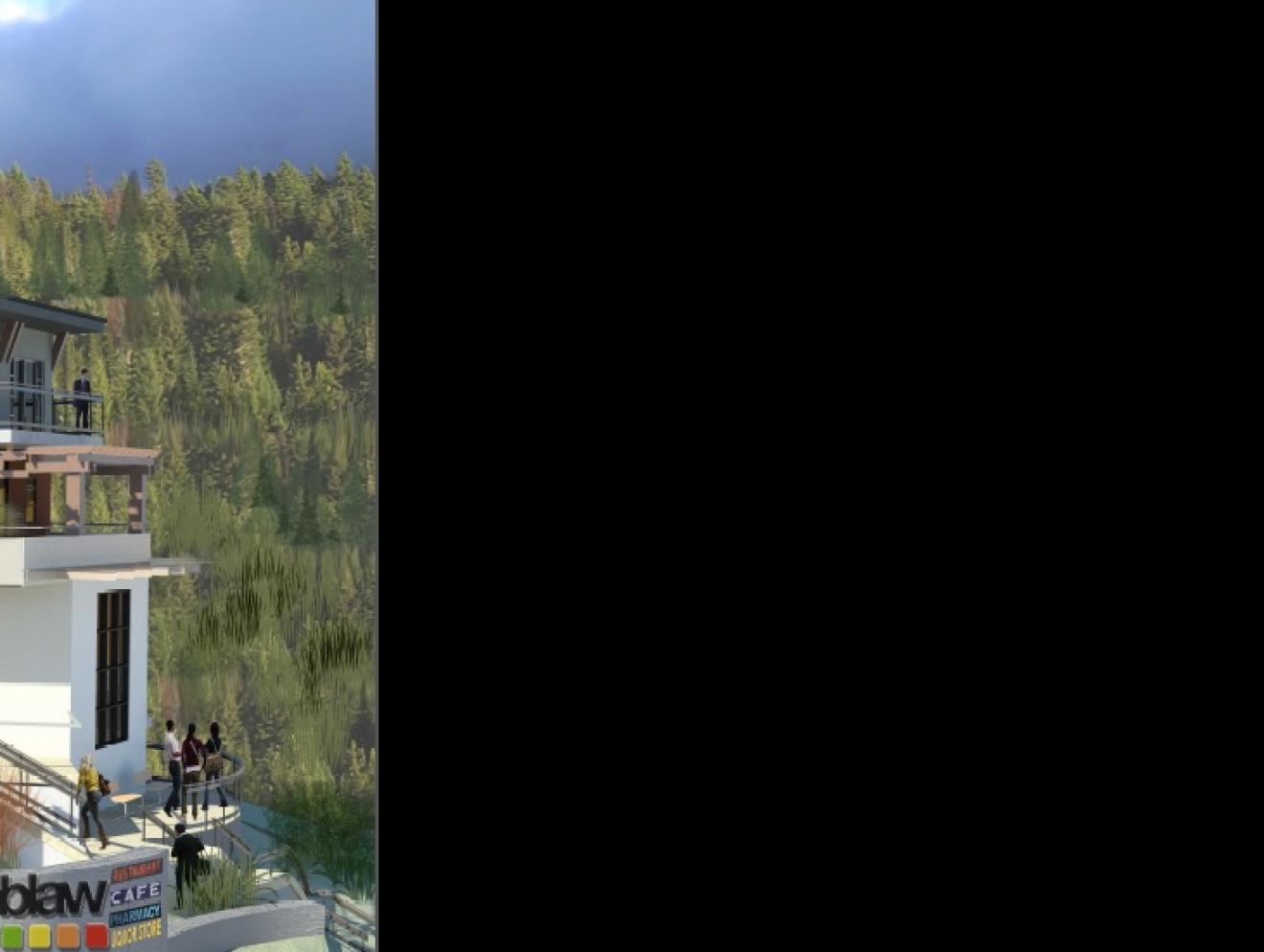 A rare opportunity to acquire a new mixed-use strata complex in North America’s number one rated resort – Whistler, BC. Known as Rainbow Plaza, this offering consists of a strata-titled 65-suite rental apartment air-space-parcel over 3 separate adjoining buildings and 5 commercial CRUs.

The ground level features 4 commercial retail units with its portion of surface and underground parking. The commercial retail centre totals 21,050 SF and will be anchored on the ground floor by Loblaws Whistler Market Store.  Other permitted retail uses, including a liquor store, a restaurant and café will fill the balance of the space.

Additionally, the commercial offering includes a separate gas station with a Chevron franchise in place and a convenience store situated on 25,000 SF of land with a 2,400 SF building. Construction started in the summer of 2014 with anticipated occupancy by June 22, 2016. For a brochure, click here.

The subject property is located at 8200 Bear Paw Trail in the Rainbow neighbourhood of Whistler, only 4 km north of Whistler Village along the Sea-to-Sky Hwy at the north side of Green Lake and sits between the neighbouring Emerald Estates and Alpine Meadows plan areas. The Rainbow neighbourhood is nearly completely built out with nearly one-third of Whistler’s population living north of the Village. The owners were successful in securing one of only two gas station sites in the Whistler area before reaching Pemberton—some 32 kilometres north on the Sea-to-Sky Hwy. A bus loop is conveniently positioned at the community’s entrance and a Chevron will likely be located on one side of Crazy Canuck Drive, with Rainbow Plaza immediately adjacent to the intersection off the highway.

The Resort Municipality of Whistler was incorporated in September 6, 1975 and is part of the Squamish-Lillooet Regional District. By highway the RMOW is 57 kilometres north of Squamish and 34 kilometres south of Pemberton. The municipality has a total area of about 31,209 acres. Whistler Village is only a 2 hour drive from Vancouver and is situated at an altitude of +/- 640 meters above sea level.

Since its inception in 1915, Whistler has evolved from a remote summer lodge into a four-season destination resort catering to an international market. The main attractions at Whistler are the two mountains, Whistler and Blackcomb, which offer the highest lift-serviced vertical and the largest terrain of any ski area in North America. The mountains have a total skiable terrain of 8,171 acres on both Mountains. In addition to the mountains, other tourism draws include a diverse ecosystem to explore, the unique Peak-2-Peak Gondola, championship golf courses, world class mountain biking, zipline tours, canoeing and kayaking to name a few. In March 2016, the world-class Audain Art Museum opened. It features some of Canada’s finest native and contemporary art in a spectacularly designed building.

Whistler was the host mountain resort for the Vancouver 2010 Winter Olympic Games. As a result of this event an unprecedented volume of road construction along the Sea to Sky Highway was undertaken along with development of various venues for the events.

This offering represents an excellent opportunity to acquire a first-class new mixed-use project in one of the tightest rental markets in BC, if not Canada.  Due to Whistler’s economic success, there is an extreme shortage of housing to accommodate the population growth in the region.

Commercial Features
• Grocery store and a variety of other CRUs within the complex with a bus stop right out front and gas station building (2,400 SF) in close proximity on highway
• Commercial component anchored by a 15,500 SF Loblaw store
• Parking will include 80 stalls for retail use; 12 underground; 30 surface; 38 covered
• Future potential office of 762 SF and storage space of 2,948 SF pending RMOW approval. If approved, would generate approx. $67,000 per year in additional triple net income

The information contained herein was obtained from sources which we deem reliable, and while thought to be correct, is not guaranteed by Goodman Commercial.

Ask us about this listing
Back to apartment building listings

Ask us about this listing