With all the upheavals in rental housing right now, there are many myths being bandied about. When industry spokespeople talk about the realities of creating and maintaining rental supply, they’re often accused of fear-mongering. We beg to differ—it’s time to separate fact from fiction.

At the Goodman Report, we’ve come up with a number of myth-busters to help the industry, the media, the community and Vancouver City Council over the learning curve on the hard truths of supplying rental housing.

Let’s be clear: we completely empathize with Vancouver tenants in their pursuit of affordable rentals. Since 1983, we have advocated for a healthy rental market that benefits renters and landlords alike. We understand the significant impact that displacement can have on mental and physical health, especially for seniors, people with disabilities, low-income households and families with young children. The problem is how to enable a flow of building supply that serves the diversity of tenants who need places to live. Whatever the issue, it’s important to consider the different sides involved in solving it.

MYTH 2: Rent control is good
Not true! The City of Vancouver has suggested that research is mixed on the impact of rent control on construction and that economists have differing opinions. Most economists agree that results are not mixed: rent control is bad for tenants, existing rental housing stock and the case for building new rental. Some industry stakeholders commented, “When demand for rental exceeds supply … those with the fewest resources will have the most trouble securing good housing. Those with money find housing. Rent controls result in an even greater demand–supply imbalance, which makes (rental) housing more expensive.” Another landlord stated, “If you advocate for the poor and working class and those with lower incomes, then you should be the harshest critic of rent control, which has been shown to be a devastating scourge for the very groups whose lives and housing you want to improve. Rent control is their worst enemy, not a panacea.”

Rent control may have the effect of moving investors into markets where price controls are absent, such as short-term rentals including Airbnb. While the City has tried to clamp down on Airbnb to help alleviate the rental crisis, we believe that the attraction toward short-term rental is partly a function of draconian rent controls and regulations. It’s possible that this has been a factor explaining why 1,081 rental condos have left the rental market, as of the latest CMHC report.

Joshua Gottlieb, associate professor at the Vancouver School of Economics, UBC, has tweeted that “rent control does absolutely nothing for people who don’t already have a secure rental, or who suffer long commutes, or need to move for other reasons.” He’s also tweeted, “The only effective way to protect renters is create competition among landlords. That means allowing rental housing construction.” He predicts that the Province’s new limitation of allowable rent increases to the cost of inflation “will do the opposite: discourage construction, which reduces competition. Renters will suffer – via low quality instead of prices.”

MYTH 3: Vacancy control will help renters in the long term
Not true! Vacancy control is a form of rent control that’s linked to a unit rather than a tenant, meaning that landlords cannot raise rents between tenancies. Vacancy control is a recipe for deterioration of rental stock and likely means the removal of non-traditional rentals (condos, suites in homes, etc.) from the rental pool, since it takes away from margins that are small to begin with. Think of a rent of $900 for a 2-bedroom unit staying the same once the tenant leaves. It also hurts anyone else who wants to move in, because no money will be spent on upkeep. Imagine a world where a unit finally comes up for lease but the rent stays the same from 15 years ago. You’d see 200 people lined up for the unit advertised, only to find that it’s in terrible condition.

MYTH 4: Vacancy control doesn’t affect new construction, so developers must be lying about rental projects being cancelled
Not true! At the time of occupancy for a new building, you may lease your unit at the market rate (or in some cases a capped rental rate based on, say, the Rental 100 program). With vacancy control, however, your increase is negligible moving forward. Vacancy control freezes revenue in perpetuity with no opportunity to recover ever-increasing expenses. Rental growth has already decreased as the Province has retracted what it calls the “extra 2%.” This proposed “tying rent to the suite” would further erode property value. While this might be celebrated by some, it ensures that a project is unlikely to be financed or built, especially given rising costs. Without new rentals, vacancy rates won’t budge.

In fact, this fall, a new survey by UDI of 30 leading rental builders has indicated that restrictive new government policies have placed 12,631 planned new units at significant risk of delay or cancellation across B.C.

MYTH 5: Inclusionary zoning for rental will help
It won’t. Market rental projects are already at risk of not being financially viable. We’re at critical vacancy levels that require a significant and immediate infusion of new supply. Accelerated construction costs, processing delays, rising interest rates, increasing city fees, rising property and provincial taxes, and utility cost increases add up to death by a thousand cuts. Based on past performance, the City is unlikely to allocate sufficient density to the inclusionary zoning areas. Result: no new rental project construction and certainly no new below-market rentals.

MYTH 6: All landlords are bad, greedy and seek to evict tenants
Not true! This is a willfully gross misstatement attributed to certain newly elected municipal politicians. There are 58,000 purpose-built rental units in the City of Vancouver. The vast majority of the owners run buildings well and have very positive experiences with their tenants.

MYTH 7: The City is really encouraging the construction of new rental stock
This assertion may feel true, but the numbers don’t support it. In fact, we argue that the City remains the biggest impediment to a healthy rental market. For 2018, only 12 projects have been completed, containing 1,364 new rental units. Did you know that in 1990, according to CMHC, the total purpose-built rental stock in Vancouver was 54,170 units? Fast forward 28 years to today, and the total stands at 58,130 units. This represents a paltry increase of 3,960 additional rentals in almost 3 decades, an average of 141 new units per year (0.26% yearly).

MYTH 8: The Empty Homes Tax would bring up to 20,000 units into the rental stock
Wrong again! This was the City of Vancouver’s projection. The reality is different and what’s actually happening is that a tax of $38 million is being collected, but only 2,500 empty homes have been counted. The program was based on a gross overestimate coming out of the former mayor’s political grandstanding. In fact, CMHC’s report from 2018 confirms that the City has actually lost 1,000 condo rental units from the stock this year. Perhaps the City could use the $38 million to provide a subsidy to tenants who are in need now! This would make a real difference today for those suffer from low vacancies arising from 40 years of virtually no new supply.

MYTH 9: Protecting tenants from renovictions and aggressive buy-outs enforces the Residential Tenancy Act (Motion B.10)
The recent motion in Council known as Motion B.10 contains a section requiring landlords to offer displaced tenants the opportunity to move out temporarily during renovations without their leases ending or their rent increasing (A.ii). It suggests that the Tenant Relocation and Protection Policy will be amended to require compliance with the Residential Tenancy Act. Well, landlords have to follow the act anyway (of course). So what’s the point of the motion? Even the City legal team indicated, “The TRP cannot require that landlords offer tenants the opportunity to temporarily move out for the duration of the renovations without their leases ending or rent increasing as those leases are governed by the RTA and the City has no authority to impose additional requirements on those agreements.” This again is political grandstanding and will only cause more legal chaos and confusion moving forward.

Concluding thoughts
The City of Vancouver’s rental housing policies over the last 10 years have greatly contributed to the current shortfall in supply. Strict and convoluted land-use rules have created chaos and never-ending bureaucracy. A wide array of restrictive anti-growth and anti-market policies have effectively pitted the City and provincial government against the rental industry, including owners of aging, low-density buildings in RM-zoned areas and developers seeking to add stock. With little new inventory, tenants seeking places to live remain stuck. In previous issues going back some 12 years and readily available on the Goodman Report website, we’ve documented a litany of questionable and counterproductive City measures that have greatly contributed to the current crisis.

What is unfolding politically will negatively impact the Vancouver rental apartment market as we know it, despite readily available financing and very strong tenant and investor demand. Whether rejuvenating inefficient and dangerous buildings that often average 60 years old, or developing much-needed new purpose-built stock, all rentals are in peril because of political maneuvering. Only time will tell if Council can understand economic fundamentals and display the fortitude necessary to make informed, balanced decisions. Otherwise, four years from now, the situation may be much worse even than it is today.

“In many cases rent control appears to be the most efficient technique presently known to destroy a city – except for bombing.” – Assar Lindbeck, professor of economics at Stockholm University

On April 13, 2021, Mark Goodman will be a panelist at the Western Canada Apartment Investment Conference.

What stands out about 2020: the resilience of the multifamily asset class 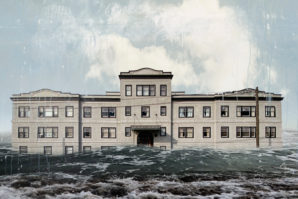 With 2020 behind us and new vaccines on the way, we at the Goodman Report wish everyone a happier, healthier 2021 as we bring you our Year-End Review. 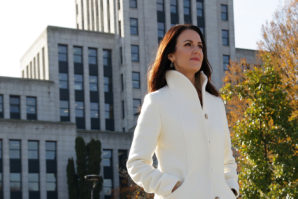 We’re thrilled to announce that Cynthia Jagger, Principal at Goodman Commercial, has been appointed to the Urban Development Institute – Pacific Region’s Board of Directors as well as its Executive Committee. Known as the premier voice of the B.C. real-estate development industry, the UDI is the association representing the field and its related professions. Cynthia … Continued