As Metro Vancouver residents gear up for municipal elections, the single most galvanizing issue all voters and politicians can relate to — yet seldom agree on — is housing, especially rental housing.


Chronic rental supply shortages plague Vancouver and most of its suburban communities. Each year, CMHC’s Rental Market Report reaffirms to the frustrated aspiring tenant that finding a place to live almost anywhere in the Lower Mainland is frightfully difficult. Whether in Surrey, Maple Ridge, New Westminster or Vancouver, vacancy rates stand at one per cent or less.

Let’s be clear: the crucial impetus for new rental supply lies exclusively with Metro Vancouver’s 21 separate municipal governments. Acting as gatekeepers, they alone manage the ebb and flow of all development projects, including rentals. For example, despite overwhelming tenant and new development demand, Vancouver recorded only 800 new suites in 2017, with 1,500 expected each year from 2018 to 2020. In the absence of effective government programs, it’s private-sector developers and investors risking their capital who decide on the potential viability of rental and condo projects.

From research we’ve conducted at the Goodman Report, we’re aware of approximately 20,000 privately funded purpose-built rental units either proposed, approved or under construction in Metro Vancouver. Of these, 8,500 are slated for the City of Vancouver and an additional 11,500 units for surrounding communities. It’s not a given that they’ll all be built, but if they are, they’re all expected to be ready for occupancy within five years. The total investment value from the private sector for these projects are estimated at a whopping $9 billion.

That’s the development backdrop. Now let’s look at some of Vancouver’s election platforms. Mayoral candidates and various tenant organizations touting options such as the four-year rent freeze, the demonization of landlords, the admonishment of “giant property management companies and speculators (Kevin Griffin, Vancouver Sun, Sept. 12, 2018),” despite their patterns of acting within the laws of the Residential Tenancy Branch, is doing little to instil confidence within the private sector.

Rental construction companies are faced with soaring land and construction costs and struggling to cope with newly added municipal fees and requirements for the integration of social housing units within their rental projects. The Investment flow either in existing rental buildings or in new development projects is typically a fickle commodity.

In Metro Vancouver, there are 75 separate purpose-built rental projects under construction, expected to churn out 7,900 suites over the next two years. However, there remain an additional 122 rental development projects slated to produce a total of 12,000 suites, not yet started. These developments could evaporate almost overnight, given a more onerous political or investment climate were to prevail in B.C. This would undermine private-sector investment and jeopardize proposed market rental development, rendering them as nonviable, further exacerbating supply problems.

We urge Metro Vancouver’s politicians and planners to create a practical working environment conducive to the rapid development of new rental stock, both market and social housing. Providing sufficient density, eliminating or reducing development fees and greatly reducing the approval process would be a good start.

David Goodman is a principal of Goodman Commercial Inc. and the publisher of The Goodman Report, a newsletter for rental apartment owners since 1983. 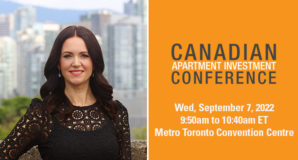 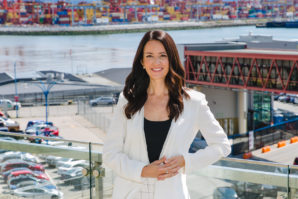 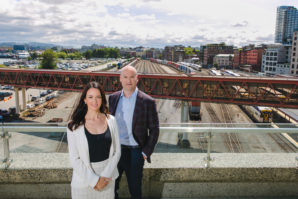