For the first half of this year, transactions and dollar volumes remain essentially on par with the comparable period in 2017, while average prices have increased dramatically. A total of 89 sales occurred in the first six months of 2018, essentially mirroring the 87 sales in the corresponding period of 2017. Transactions to June 30, 2018 in Vancouver declined to 39, whereas 48 sales were recorded in 2017. As for the suburbs, an increase to 50 transactions have been registered in 2018, compared to 39 in the same period last year. Perhaps indicative of a somewhat slowing market, 128 building sold in the first 6 months of 2016 (two years ago) compared to this year’s 89 sales – a 30% decrease in overall sales activity.

The shift to significant higher average prices must be seen in context. Partial credit goes to the approximately 22 properties acquired specifically by developers in Vancouver’s West End and in Coquitlam and Burnaby, significantly inflating the typical suite averages well above the norm. Another factor involves newly renovated and newly constructed product, which also skews the average price per unit beyond traditional figures.

We forecast that approximately 165 buildings will sell in 2018, with record-high dollar volume expected to be approximately $2.6 billion. 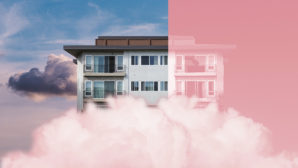